TITAN Bulgaria supports the organization of the Northwestern Motocross Championship 2021.

TITAN Bulgaria annually supports and helps the development of the area where Zlatna Panega Cement plant is located. Our focus is on the support of sports clubs and initiatives, which we hope will help keep young people in the region. We believe that strengthening traditions in sports helps build a healthy lifestyle, cultivates perseverance in young people, will and discipline, creates new friendships and a cohesive community. 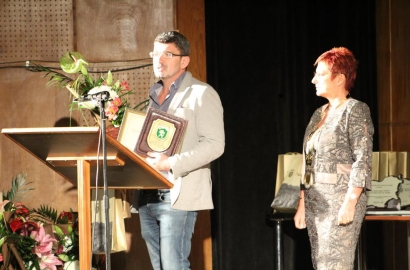 TITAN Zlatna Panega Cement AD was awarded a Diploma and a plaque for a donor of Teteven Municipality thanks to its contributions to regional and long-term work of public importance. 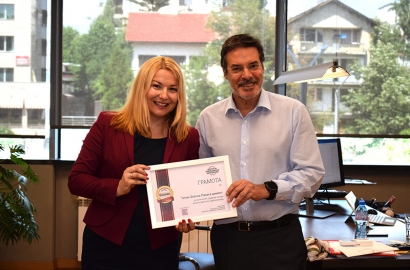 In June 2018, TITAN Zlatna Panega received a certificate for “A Company Giving Wings to the Bulgarian Education”. The contest for businesses, that have a significant contribution to the Bulgarian education, was initiated by the Centre for Inclusive Education and held in May during the “Days of Inclusion 2018: Give Them Wings” campaign. 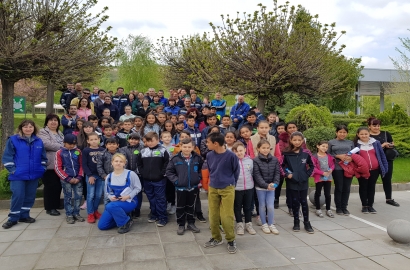 On 20April 2018, TITAN Bulgaria held the annual spring cleaning of the Zlatna Panega river. The initiative is part of the “Adopt the Zlatna Panega River” project. This year, again, the campaign drew a lot of interest – more than 100 volunteers took part, including TITAN’s and its subcontractors’ employees (“Pepo 2000”, “Invest M”), fishermen from the “Old Otters” Fisher Club, students and teachers from the schools in the villages of Zlatna Panega, Oreshene, Brestnitsa and Rumyantsevo.

National Action Plan of Bulgaria for the European Pact4Youth

The Bulgarian Network of the United Nations Global Compact presented a proposal for the National Action plan of Bulgaria for the European Pact4Youth on a special event held on 30 January 2018. The European Pact for Youth, initiated by the biggest European business network bringing together the responsible businesses - CSR Europe, is a mutual engagement of the business and the EU leaders. 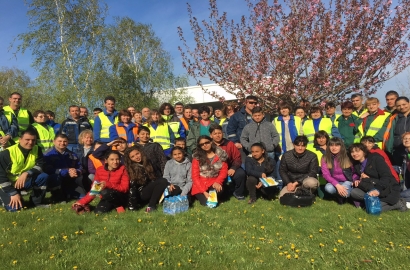 Annual River Cleaning – A new tradition in the region

In spring 2017, Zlatna Panega Cement AD conducted for a fifth consecutive year the annual river cleaning campaign. Organized for the first time in 2013, today this initiative has become a tradition, uniting the efforts of a constantly increasing number of volunteers for a cleaner environment and a better image of the region. 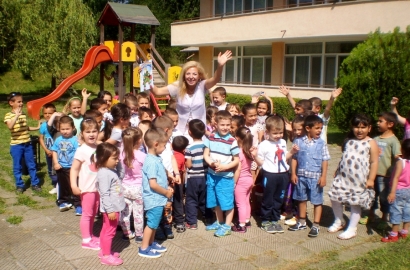 This year, on the 1st of June, was organized a special Children's Day in the municipality of Yablanitsa on the initiative of Zlatna Panega Cement AD. 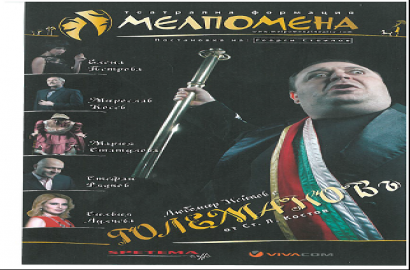 A Theatre Play in Yablanitsa

On 30th May 2016, on the invitative of Zlatna Panega Cement AD the community center in the town of Yablanitsa was host to the Golemanov theatre play presented by the Melpomena theatre group of Sofia. 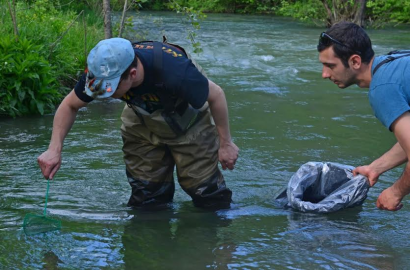 On 28th April 2016, in the spirit of last year’s initiative of Zlatna Panega Cement AD and “The Old Otters” Fisher Club, Zlatna Panega River fish stocking was conducted by volunteers of the Fisher club. 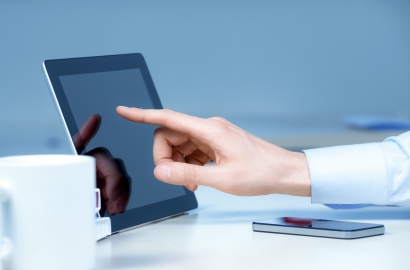 “The Change Begins from Us” Project

In April 2016 “The Change Begins from Us” project was successfully completed. It was jointly developed and implemented by the Bulgarian Charities Aid Foundation in partnership with C.E.G.A. Foundation (NGO specialized in Roma integration projects) with the active support of Zlatna Panega Cement AD. Main objectives of the project were promoting active citizenship, volunteering, and participation of young people in activities of social value. To meet these goals, youths with leadership qualities from the Oreshene, Zlatna Panega and Brestnitsa villages in Yablanitsa Municipality were selected 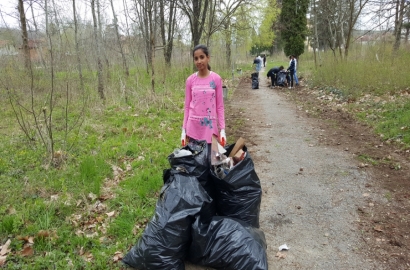 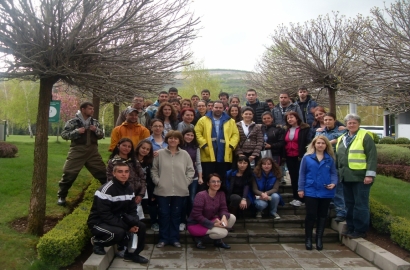 This year’s spring cleaning campaign of Zlatna Panega Cement AD took place on April 11, 2014. The campaign was dedicated to Zlatna Panega river and was supported by volunteers from the Old Otters Fishing Club and the Sergey Rumyantsev Vocational High School of Agriculture in Lukovit (Lovech region). The end result was: 1,800 tons of separated waste were delivered to Zlatna Panega Cement plant’s refuse-derived fuel (RDF) installation for preliminary processing and subsequent utilization at the kilns for cement clinker. 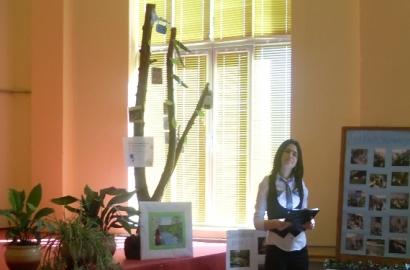 On March 21, 2014, the Sergey Rumyantsev Vocational High School of Agriculture in the town of Lukovit (Lovech region) hosted an Eco Conference organized by the Director of the school, Mrs. Rumyana Georgieva. 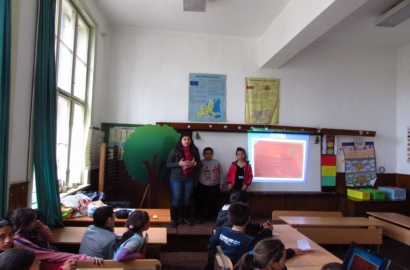 On February 28, a representative of Zlatna Panega Cement AD attended an Eco Conference at Hristo Botev Primary School in the village of Brestnitsa (Lovech Region). The Conference was organized by schoolchildren in first through fourth grades under the guidance of a young teacher from Teach for Bulgaria Foundation. The aim of the Conference was to encourage the pupils to share their views about environment protection and relate what they do to help Mother Nature. 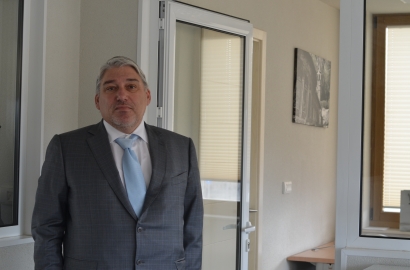 TITAN Bulgaria General Manager, Mr. Alexander Chakmakov, visited 8th graders at the Neophyte of Rila High School in Sofia as part of the Teach for Bulgaria program. Mr. Chakmakov won the hearts and minds of the young football talents with the story of the sporting career of his father – renowned Bulgarian football player Nako Chakmakov. He also told them his own success story.

For seven years now, Chess Game Ltd. has been publishing Chess in School, a specialized children's magazine for young chess enthusiasts. Chess is taught as an optional subject in many Bulgarian schools which use the magazine as a supplementary textbook.

Chess in School is intended for pupils who practice the game of chess – a game which helps them express their intellectual talents and develop their personal qualities.

On April 26, 2013, TITAN Bulgaria organized a voluntary cleaning initiative which covered roads E83 and 103, the surroundings of our cement plant in Zlatna Panega and the Glava Panega protected area.The initiative drew in 82 volunteers – TITAN Bulgaria employees and employees of companies operating at the cement plant.The volunteers separated all collected waste into combustible (paper, plastic, packages, and textile) and non-combustible (glass, construction waste, and metal). 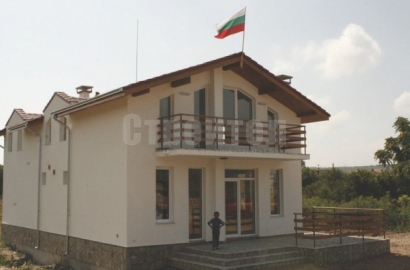 In the light of TITAN Bulgaria’s Corporate Social Responsibility policy the company has joined theDonation Campaign "Bulgaria is with you". With the funds raised from the campaign and the additional donations made by several large Bulgarian companies, 30 new family houseswere built in the village of Bisserand completed on schedule by October 2012.

„Zlatna Panega Cement” Jsc. has taken part in European year dedicated to active life of adults and solidarity between generations – 2012, presenting its good practices in this field. Plant management policy is bonded with establishment and maintenance of proper working conditions for the eldest workers. 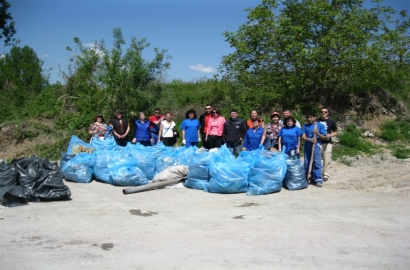 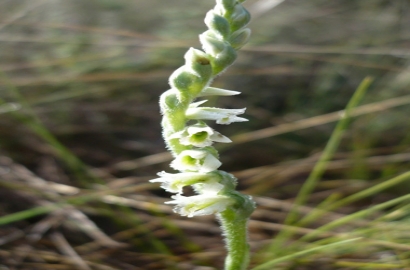 In connection with Titan Group Strategy on the Corporate Social Responsibilities and following company’s policy and Plan on protection and enhancement of biodiversity in the area, Zlatna Panega Management undertook some activities for protection of local flora species (orchid species), having a status of protected species endangered by demolishing of its habitat - Spiranthes spyralis.

Voluntary initiative for cleaning of road between “Yablanica” and “Zlatna Panega”.