H. E. Jes Brogaard Nielsen, Ambassador of the Kingdom of Denmark to Bulgaria, visited TITAN Zlatna Panega's plant. During his visit Ambassador Nilsson discussed with Adamantios Frantzis, General Manager of the company, the strategy for climate change mitigation, a top priority in the activities of the world leader in cement production TITAN. For one year, TITAN Bulgaria has reduced the specific emissions of carbon dioxide by 4%. At the same time, the company in Bulgaria reaches the highest rate of substitution of conventional (fossil) fuels with alternative fuels, which consist of more than 30% carbon-neutral biomass. 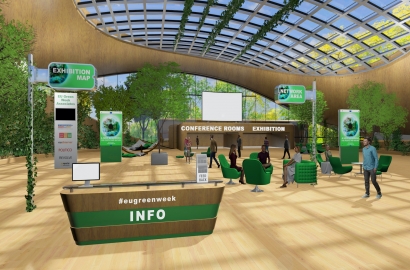 TITAN Bulgaria participates in the European Green Week 2020, which is organized by the European Union from 19 through 23 October. The focal points of the conference this year are nature and biodiversity, the main sub-topics - the contribution of biodiversity to society and economy and its role for stimulating recovery in the post-pandemic period. 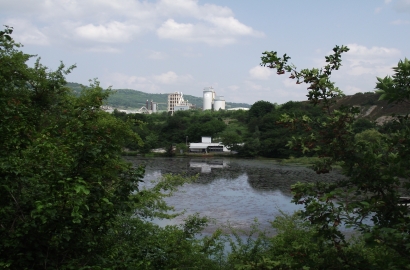 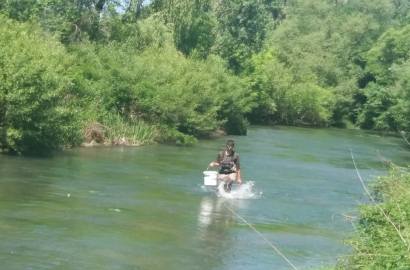 On May 8th, 2018, Zlatna Panega river was planted with fishes from the species Balkan trout (Salmo trutta fario). The Balkan trout is the most valuable and the most vulnerable species in the Bulgarian rivers and is typical for the Zlatna Panega River. Zlatna Panega Cement AD, in cooperation with the Fisherman club „Stari vidri”, started this initiative 4 years ago. The aim of the fish planting is to strengthen the natural population of the species and to support the sustainable development of the villages along the river by attracting tourists, fond of trout fishing.

In September 2017, TITAN Bulgaria supported for the second time the initiative „Travelling School of Karst’’ of the National Institute of Geophysics, Geodesy and Geography (NIGGG) at the Bulgarian Academy of Sciences, as the plant in the village of Zlatna Panega was included in the project program. 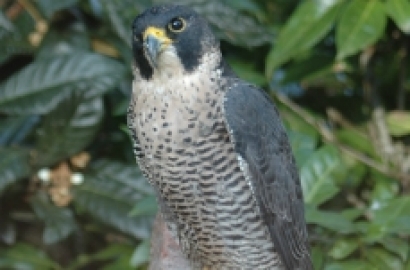 In the middle of July 2017, a small bird of prey was found on the plant premises in Zlatna Panega. The bird, which later turned out to be a young male representative of the protected falcon species, was scared, very weak and infected with parasites. 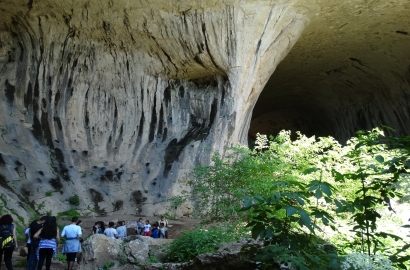 Birdwatching with Pupils in the Karlukovo Karst Region

In May 2017, TITAN Bulgaria organized a birdwatching event for the pupils, who participate in the ecological clubs in the schools of the Zlatna Panega and Rumyantsevo villages. Employees of the Environmental Protection Department of the company, Mr. Lubomir Profirov, Environmental Consultant „Ornithology and Protected Areas” and Ms. Antonia Dimovska, representative of the Bulgarian Society for the Protection of Birds also took part in the initiative.

Pupils from the Zlatna Panega village made a film on ecological issues supported by Zlatna Panega Cement AD and a karst specialist from BAS. The film is a product of the pupils' participation in the „School Miracles” project. In this project, the participants choose an issue of importance to the local community and work to create solutions for this issue. The team of pupils from Zlatna Panega chose to address the issue of the clean drinking water in their village and the role of each member of the local community in its preservation. 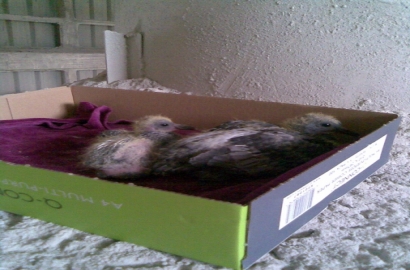 In the bird nesting season, there is a risk for the little chicks to fall out of the bird nest during storms, strong wind or rainfall. This June, more than 20 baby swallows were found by TITAN Bulgaria employees next to the clinker silo at our cement plant in Zlatna Panega. Following a consultation with a veterinary physician from Green Balkans’ Wildlife Rehabilitation and Breeding Centre in Stara Zagora and biodiversity experts from the Regional Inspectorate of Environment and Water in Pleven, the little swallows were given water with a pipette and put in the nearest swallow nests.

The students planted 153 common ash saplings in a section of the Zlatna Panega quarry that had been planned for rehabilitation. The young trees will be watered regularly to ensure their proper growth and development.